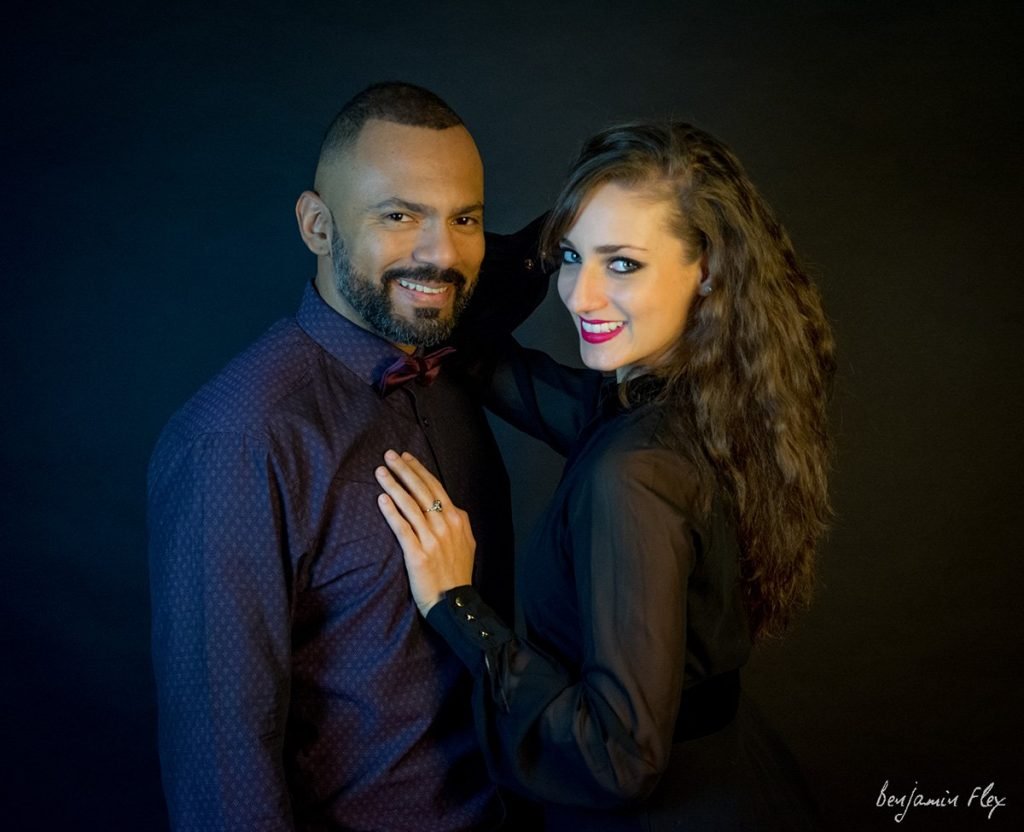 Alex de Carvalho began his dance career in 1996 by joining the Jaime Arôxa Dance Academy. Soon after, he was in high demand, requested to dance and perform in TV shows, serials and soap operas in Brazil. His services as a dance consultant and coach were sort after by many Ballroom Dance Schools in Brazil. One of his most prominent jobs in television took place at “Dança Dos Famosos”, a Brazilian version of the popular, worldwide TV show “Dancing With The Stars”. There, he taught and partnered Hortência Marcari; a former, internationally known basketball player. In 2009, has earned the “Medalha Tiradentes”, the most prestigious award in Rio de Janeiro, given for his dedication to dance, on behalf of the Culture, Education and Social Inclusion.

Training and mentoring dance professionals all over the world, Alex, who currently resides in Paris, France, is one of the greatest international artists in his field. He has taught many of the world’s leading Zouk Lambada and now develops a training program to train teachers, the “MAC Project”™.

Alex is also one of the board of directors of Brazilian Zouk Dance Council.

Teacher, choreographer and model, Mathilde dos Santos, is an artist, foremost renowned as a ballerina in modern and contemporary dances at the Conservatoire à rayonnement régional de Paris; and at the famous Conservatoire National Supérieur de Musique et de Danse de Paris. There she trained to attain intensive training in dance during morning hours; and then completing extensive lessons in afternoon whilst studying at school. After graduation, she lived in Germany to continue to train further in her formation at the Palucca Schule Dresden, international dance university. There she continued to train in Ballet, Modern and several techniques of Contemporary styles in (Horton, Graham, Limon) and Pilates. When she returned back to Paris, Mathilde extend her dance training in Latin dances styles of Salsa, Bachata, Kizomba and being part several teams; before focusing on Brazilian Zouk dance.

As a dedicated artist, she has been dancing for past 15 years in several styles. Most recently being trained personally by Brazilian dance maestro Alex de Carvalho as his dance partner in the styles of Brazilian Zouk and Samba de Gafieira. Since 2013/2014, she has worked as an international artist performing and teaching at several international dance events by his side. In parallel, she continued to study further, to attain her Masters II Diploma in Communication and Advertising from the ISCOM school. With her partner and her experience leading to successfully host the first ever exclusive Brazilian Zouk Congress in Paris, at the Disneyland resort, in Paris, France.

In future, she strives to share her experience and knowledge of an accomplished artist in dance, with new generation of students to achieve greater ambitions as a dedicated dancer and  role model for dancers worldwide that share her passions.

Alex and Mathilde have been partners for 4 years now and are developing, together, a new body language; a way to intensify the connection between two people through dance and movement.